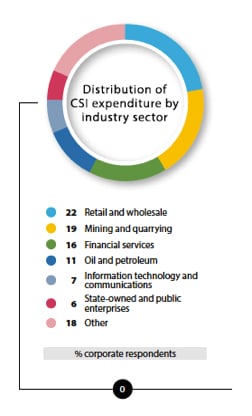 Companies spent an estimated R10.2 billion on corporate social investment (CSI) in South Africa in 2019 – a 5% year-on-year increase in rand terms (2018: R9.7 billion). This growth was flat when taking inflation into account, reflecting a subdued economy. This, according to findings from the 22nd edition of the annual Trialogue Business in Society Handbook which was launched in Johannesburg today (27 November 2019).

For the first time in 2019, the retail and wholesale sector accounted for the largest portion of CSI expenditure (22%). This could be due to the increasing value of product donations. The mining and quarrying (previously the largest sector) and financial services sectors were the second and third-largest contributors, respectively. Together, these three sectors accounted for 57% of CSI expenditure in 2019, down slightly from previous years. 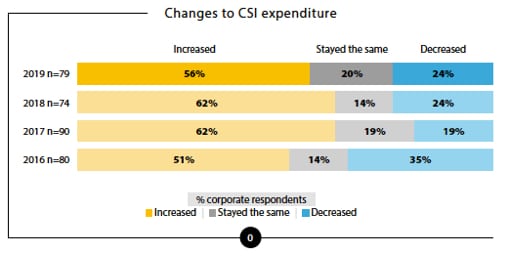 Education continued to receive the most corporate support 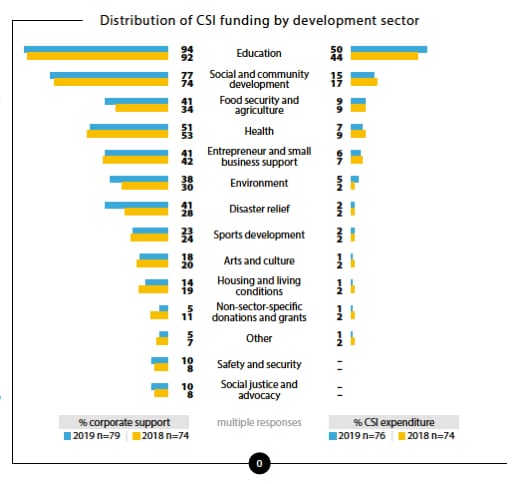 Non-profits remained the most popular recipient of CSI funding

Ninety percent of companies gave to non-profit organisations (NPOs) in 2019. The average proportion of CSI funding directed to NPOs was 54% of spend. The next most common recipient was government institutions (including schools, universities, hospitals and clinics), which were funded by 72% of companies and received an average of 29% of companies’ CSI expenditure in 2019. Funding of, and average expenditure on, government departments decreased slightly to 18% and 4% respectively. 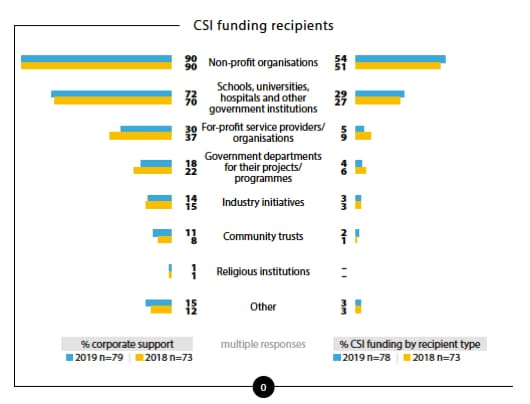 Company-organised volunteering common among corporates but least popular among NPOs

Companies supported an average of four different types of employee involvement in 2019. The most common type was company-organised volunteering initiatives, offered by 92% of respondents. Companies most commonly (44%) held four or more company-organised volunteering initiatives per year, while 24% limited these initiatives to Mandela Day only. Despite this type of initiative being the least popular among NPOs, it was the most common form of volunteerism support received by NPOs (58%), followed by fundraising and collection drives (54%). 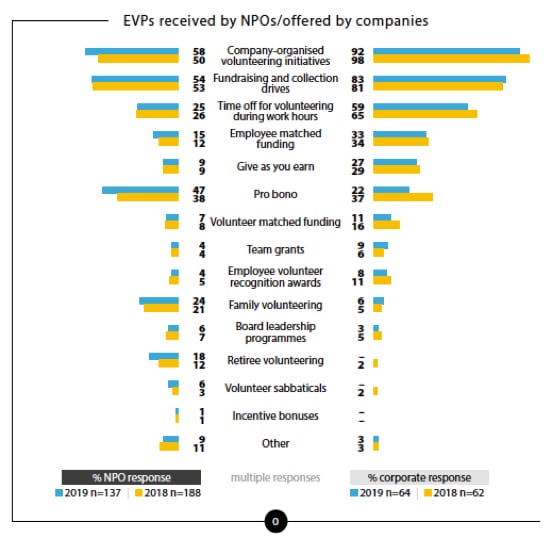 In addition to detailed analysis on the state of CSI in South Africa, the 2019 Handbook provides an overview of global trends and insights on the role of business in society; in-depth profiles of corporate approaches to, and lessons in, development; and a range of thought-provoking articles that explore some of the ways that business can be responsive to the most pervasive needs of our time and contribute to systemic shifts towards greater inclusion and equity.

The Trialogue Business in Society Handbook 2019 can be freely downloaded or purchased in hard copy from the Trialogue website.

Between May and August 2019 professional researchers conducted face-to-face interviews with CSI representatives from large South African companies. Companies also had the option of self-completing the questionnaire, which was then verified by the researchers. There were 79 participating companies. Of these, 56 (71%) also participated in 2018. The surveyed companies were large, with most (85%) having an annual income of over R1 billion in their latest full financial year, and half having an income of over R10 billion. Almost half of the companies (48%) employed 5 000 people or more, with 18% having more than 20 000 staff members.

Information was also collected from NPOs between June and July 2019, using the online survey tool, SurveyMonkey. A total of 139 NPOs participated in the 2019 research. Of these, just under a third (31%, or 43 organisations) also participated in 2018. More than half of all participating NPOs (55%) were small organisations with an income of less than R2 million. Three-quarters of them employed fewer than 30 staff.

Trialogue, the publisher of the Trialogue Business in Society Handbook, is a niche consulting firm with over 20 years of experience in CSI and sustainability. We have extensive experience working with clients in the private and public sectors to enhance the development and business outcomes of their socioeconomic programmes. We are a 51% black-owned company and the southern African local authority of the US-based Chief Executives for Corporate Purpose (CECP) Global Exchange.