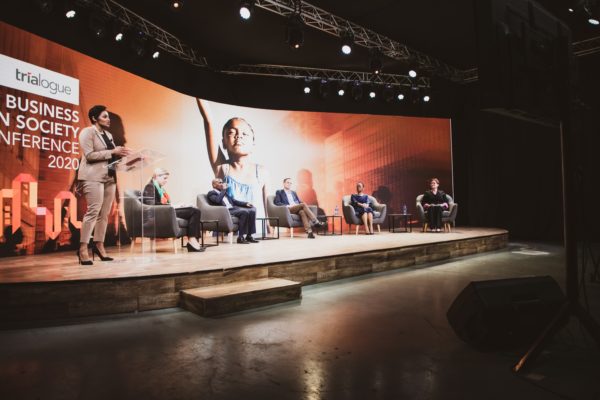 In this session panellists unpacked some of the constraints on vocational training in South Africa as well as some of the on-going government and private sector initiatives in the sector.

Makano Morojele from ABSA opened the session with some reflections on the role of corporates in skills development, arguing that corporates needed to be collaborative with government as strategic partners to government and not just as funders. Not only is the success of corporates largely dependent on the skills of young people, but corporates are also able to provide young people with skills through work-place based learning. Furthermore, corporates can play an important feedback role to tertiary institutions, including through the provision of data to the sector so that we can start to unpack where learning is leading to jobs or not.

Sabelo Buthelezi from the Department of Higher Education and Training (DHET) spoke about the 26 centres of specialisation (CoS) as an example of how corporates collaborated with government. CoS’s are a department established within a Technical and Vocational Education and Training (TVET) to provide skills needed by industry and established in partnership with industry. Interaction between employers and the CoS’s was ongoing – CoS’s are using mentors from industry who constantly provide feedback on their programmes. According to Buthelezi, DHET had received positive feedback from employers who had been pleased with their participation, ability to influence the curriculum and the supply of skills.

DHET is working to establish these as a model to ensure that industry is driving critical issues of curriculum. Buthelezi agreed that collaboration between the colleges and industry was critical.

In response to a question from the audience, Anthony Gewer from National Business Initiative (NBI), agreed that the TVET sector was a complex and fragmented sector and that the approach to stakeholders is going to be very different across sectors.

Gewer said that challenges such as the disconnect between the supply and demand of skills existed at a broad level but that at the sectoral level this disconnect played out in different ways which added to the complexity of the sector. Challenges in high-end advanced manufacturing sectors were very different to those in the plumbing sector and so required different approaches.

Sherrie Donaldson from Harambee Youth Employment Accelerator reflected on Harambee’s strategy to play an active role in delivering job opportunities on scale. Although Harambee has had success in delivering on this mandate, it is still working out how to deliver job opportunities on a much larger scale. Their strategy includes the development of an online work opportunity and upskilling platform called sayouth.mobi. Harambee is also trying to replicate its successful contact centre model across other industries with the opportunity for scale.

Harambee is currently testing latent opportunity to grow employment plumbing industry. According to recent research by Trade and Industrial Policy Strategies (TIPS) and  Gesellschaft für Internationale Zusammenarbeit (GIZ), approximately 120 000 people in South Africa self-identify as plumber, yet according to the plumbing industry association there are only 15 000 qualified plumbers. The challenge with this is that if you are not a registered plumber then your hourly charge-out rate is less , you can’t issue a certificate of compliance nor take advantage of SETA programmes and nor can you mentor others in the industry. It is expected that with formal qualifications, plumbers will be able to earn more, grow their business and employ more people. Harambee is currently testing the hypothesis that these challenges can be unblocked by assisting experienced plumbers to become qualified through recognition of prior learning.

Gewer added that in the plumbing and similar sectors there were many small and micro enterprises that were informal, didn’t employ large numbers and were highly vulnerable. Work needed to be done to formalise the sector, recognise the skills of larger numbers of young people and at the same time create more structured pathways into these small businesses. TVET colleges were critical in this solution because they could upskill people to a level where they could be recognised as a plumber or even a plumbing assistant and at the same time create more structured pathways to the job. Gewer said that in addition to upskilling young people, we need to look at how to make the system work for Small and mid-size enterprises (SMEs) as it currently does not.

Growing advanced skills from the ground up in an inclusive approach

In response to a question from one of the delegates, Gewer from NBI agreed that getting artisans to a higher, advanced skills level was a major challenge. He said that we could Recognition of Prior Learning (RPL) some people where they had enough experience and the right training but there was still a big gap between the large number of unskilled people at the bottom of the pyramid working in these sectors and those with highly developed skills. Gewer argued that there were issues around inclusion with the current approach, arguing that the centres of specialisation model isn’t inclusive as very few young people that could access these opportunities and if it was industry driven it was going to be inaccessible for many of our marginalised young people who don’t have access to networks that open the doors to these opportunities.

Looking to possible solutions, Gewer argued did that we need to create opportunities where young marginalised people live, which meant working with artisanal businesses in the townships and villages and growing the pipeline of skills organically in this way so as to be more inclusive. Gewer emphasised that only once we started lifting this base would we get to a point where we can grow our advanced skills. Doing so for the few is never going to change the structure of the labour market. We need to build it from the bottom up in a more dynamic, agile and responsive way which requires working across SMEs in various types of industries to broadly build the skills base.