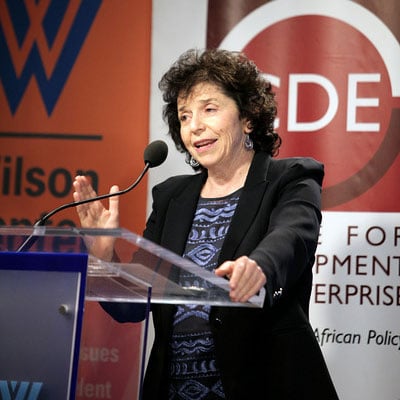 Ann Bernstein is the founder and executive director of the CDE (Centre for Development and Enterprise), South Africa’s leading development think tank which focuses on inclusive economic growth and democratic consolidation. Ann received the University of Johannesburg’s Ellen Kuzwayo award in 2019 and is a frequent commentator in the media. Her book The Case for Business in Developing Economies (Penguin 2010) received favourable reviews in the South African media, The Economist, Financial Times, and Forbes, and won the Sir Anthony Fisher Award 2012 from the Atlas Research Foundation, Washington DC. Ann has participated in many seminal development initiatives in South Africa and internationally.